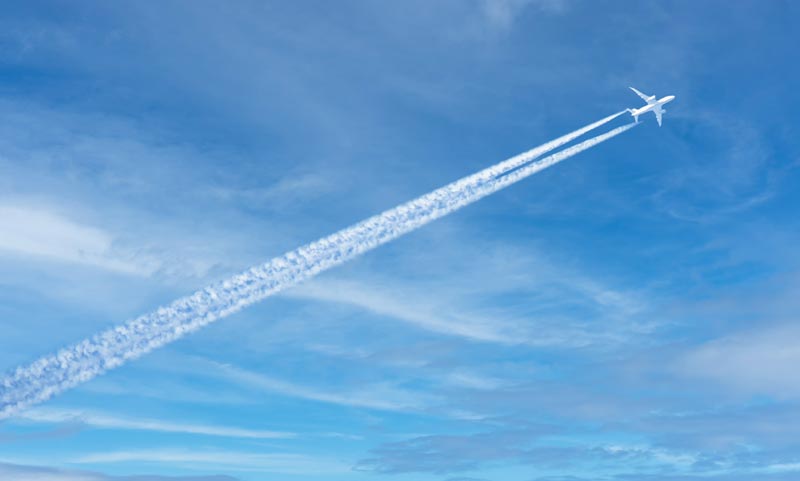 As the conversation around sustainability grows, especially with the issue now firmly on the government’s agenda, so too does our vocabulary – and while many of the terms sound similar, there is science behind each definition.

Too often the wrong terminology is being used, either by accident or design. While using headline-grabbing sustainability terms may be a temptation, they risk being discredited by green campaigners.

A number of groups demonstrably want to stop people getting on planes. TerraVerde, categorically, does not sit in this camp. Our vision is for an industry which is both economically healthy and sustainable.

Hence, we are keen nothing undermines the real progress being made by many in the travel industry, and in particular, by airlines and manufacturers, who are investing billions in the decarbonised aviation sector of the future.

TerraVerde wants to encourage the trade to share its progress. However, to do this, it must feel comfortable with the terminology. Sadly, fear of getting it wrong often results in silence, which can feed inaction.

So, let’s look at some commonly used – and misused – terms.

Carbon neutral means you have balanced your emissions of carbon dioxide by eliminating all that you can and compensating, through a certified carbon-offsetting project, those that can’t be eliminated.

Carbon neutral is a state for a period, project, or trip. You can be neutral one year and not the next, or indeed neutral for one clearly specified part of your business but not another. Carbon neutral is very much a “staging post”.

This represents a more comprehensive commitment to decarbonisation and must also cover many activities under “Scope 3”, which is indirect emissions in the value chain.

Net zero offsetting projects must be certified and must “remove’ existing carbon from the atmosphere, as opposed to a project that avoids emissions or may remove carbon in the future (like investing in renewables). Net zero refers to a state of operations on an ongoing basis.

Net zero also includes a requirement to reduce emissions to the tune of 90%+, not counting any offsetting projects.

Zero emissions refers to a process, an energy source or an engine, which emits no pollutants into the atmosphere. One should be careful with this term because Sustainable Aviation Fuel (SAF) still emits carbon dioxide. However, this is a neutral activity because the raw material that makes the SAF, bio-waste, took equivalent carbon dioxide out of the atmosphere when it grew.

SO, HOW DOES ALL THIS APPLY TO FLIGHTS?

Many airlines are taking significant steps towards carbon neutrality. British Airways operated its first carbon neutral passenger flight last year with a 62% reduction in carbon emissions compared with a similar flight a decade earlier, achieved through a combination of SAF, standard fuel and offsetting.

It is conceivable that we could one day take a net zero flight using an electric, hydrogen or solar aircraft, and the “Jet Zero” initiative brings this possibility closer.

However, for a flight to be net zero, or indeed to be labelled as a zero emissions flight, we need to look beyond just the emissions from the aircraft and consider all the greenhouse gases emitted during the manufacture of the aircraft and operations of the flight, including the food, packaging, and equipment onboard.

Everything that can must be reduced before the remaining emissions are offset using certified removal projects to achieve net zero status.

Many airlines have announced their commitments to reaching net zero carbon emissions by 2050. However, you’ll note they are cautious of the term net zero emissions or announcing zero emissions flights because these goals are reliant on technology and processes that are not yet viable.

But watch this space, we will be leaping for joy when the first truly net zero flight is

This article was original published in TTG Media: https://www.ttgmedia.com/news/when-it-comes-to-sustainability-terminology-matters-34209

Patrick’s 35-year career spans leadership and transformational roles across the travel sector. This includes a 20 year stint on the executive committee of GTA, the pioneer in the hotel bedbank and groups segments, sold to Cendant for $1.1 billion in 2005.

Post ’05, the company owners included Blackstone’s Travelport and Kuoni. As a core member of the management team, Richards drove change and revived growth. Joining Cox and Kings in 2013, he modernised the commercial face and globalised the group, additionally being appointed President of Cox and Kings Americas and Ezeego1 Board Director (on-line sister brand). Richards is a Director of ETOA and former Chair (2007-14); in addition to holding a number of board advisory roles.