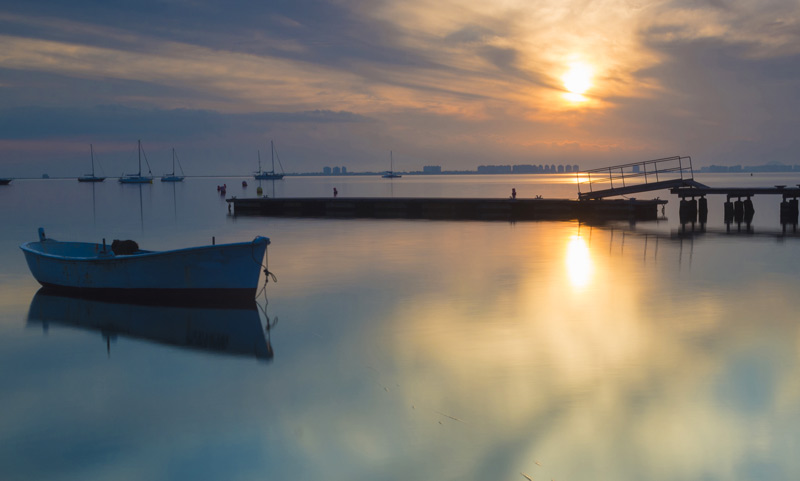 The Spanish government is being held to account for the ecological damage of Europe’s largest saltwater lagoon, Mar Menor.

Earlier this week ClientEarth announced that it was submitting a formal complaint to the European Commission, as Spain’s failure to safeguard this protected site, breaches EU and national laws.

Soledad Gallego Clientearth’s wildlife and habitats lawyer said: “Continuing to allow intensive agricultural practices will have long-term consequences. Continuing to compromise the Mar Menor and the surrounding farmland in favour of short-term gains is already causing irreversible harm and will eventually leave the area barren, which will have environmental as well as economic and social repercussions.”

The move follows the latest mass die-off event, which occurred in August this year, when four to five tons of dead fish were removed from the lagoon within a week. The events are caused when fertilisers from the surrounding farmland are washed into the lagoon, causing an excessive growth of algae and bacteria that deprives the water of oxygen.

With a coastal length of 70 km and shallow protected waters, Mar Menor lagoon is a popular tourist destination, but the stench of rotting fish is driving tourist away. On the 28th of August this year, 70,000 people staged a mass demonstration, surrounding the lagoon in protest against the Spanish government’s lack of action.

It’s time to adopt a more holistic approach to industry, we can not allow short-term gains for agriculture to cause irreversible damage to fragile ecosystems on which so many livelihoods depend.

Patrick’s 35-year career spans leadership and transformational roles across the travel sector. This includes a 20 year stint on the executive committee of GTA, the pioneer in the hotel bedbank and groups segments, sold to Cendant for $1.1 billion in 2005.

Post ’05, the company owners included Blackstone’s Travelport and Kuoni. As a core member of the management team, Richards drove change and revived growth. Joining Cox and Kings in 2013, he modernised the commercial face and globalised the group, additionally being appointed President of Cox and Kings Americas and Ezeego1 Board Director (on-line sister brand). Richards is a Director of ETOA and former Chair (2007-14); in addition to holding a number of board advisory roles.