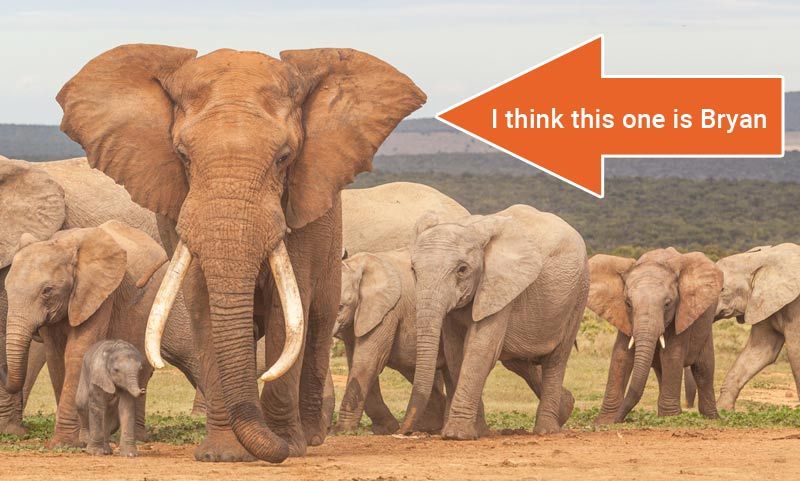 I want to share a personal story with you, of which I’m very proud.

Last weekend we celebrated my daughter’s 9th birthday with a party for 10 of her friends. My daughter asked that her friends didn’t bring presents and instead if they wanted, they could make a small donation so that she might raise £36 to adopt an animal from the WWF.

I thought this was a lovely idea, and have often wondered how we can halt the tsunami of gifts parents purchase for the seemingly endless children’s birthday parties. But, I confess I felt a little nervous as I sent out the invite to the WhatsApp group; presents are the accepted norm, was asking for a monetary donation to a charity wrong? I felt unsure of the etiquette. Needless to say, the response was overwhelmingly positive, from both the parents and the children.

We raised £200 and Molly and her friends held a vote at the party to decide which animals to adopt and what they should be called, the results were:

Changing our habits can be hard, suggesting a new approach isn’t always easy. But, my daughter and her friends have really inspired me, I think children are more open to change than adults think and many of her friends said they now want to do the same for their next party.

If you’d like to know more about adopting an animal from the WWF visit: https://support.wwf.org.uk/adopt-an-animal

We are driven by our passion for travel and a deep appreciation of the benefits it can bring to people and places around the globe.

Our mission is to ensure that the industry we love thrives, whilst minimising the impact on the natural resources on which we all depend.

We are ready to support you on your sustainability journey.

Patrick’s 35-year career spans leadership and transformational roles across the travel sector. This includes a 20-year stint on the executive committee of GTA, the pioneer in the hotel bedbank and groups segments, sold to Cendant for $1.1 billion in 2005. Post ’05, the company owners included Blackstone’s Travelport and Kuoni. As a core member of the management team, Richards drove change and revived growth. Joining Cox and Kings in 2013, as Chief Commercial Officer, he modernised the commercial face and globalised the group, additionally being appointed President of the business’ arm in the Americas and Ezeego1 Board Director (the on-line sister brand).

Between 2007-2014, Richards chaired the European Tourism Association (ETOA). Remaining as a director (from 2015 to 2021); he took on board-level responsibility for the association’s drive on positive climate action. It quickly became apparent to him that a real gap existed between travel & tourism’s sustainability rhetoric and real adoption across the commercial sector. This led to the creation of TerraVerde. Today, additional board roles are held in trade association the Nordic Tourism Collective, and an innovative tourism e-learning start-up LVG Learning.